For All Things Marketing Automation

For All Things Marketing Automation

Chat aka Messenger Marketing- Should You Be Using It?

Chat (or Messenger) Marketing is producing incredible results for the businesses using it as a part of their overall marketing strategy. It replaces more traditional funnels and email marketing strategies to produce higher quality leads, lower costs per acquisition, and higher conversions.

Here are 16 reasons why you’re leaving money on the table if you aren’t leveraging the power of Chat Marketing in your business yet:

1. 1.3 billion people use Facebook Messenger, compared to 1 billion on Instagram: that’s 23% of the world’s population over the age of 13, and they’re using Messenger to communicate with brands.

2. There are 10 BILLION messages sent between people and businesses on Messenger every month. Messenger is where conversations happen, and nothing beats a conversation for closing sales. According to research, consumers would rather chat in real-time with businesses than talk on the phone or email.

3. There are more people actively using messenger apps than social media apps since 2015, with the gap between them increasing every single year.

5. Facebook has 2.74 billion monthly active users. There is simply no other platform that offers this kind of reach.

7. Compared to these numbers, there are only 300,000 chatbots in use on Facebook Messenger. That’s just 1% of all businesses. This means that there is a HUGE untapped potential for businesses not using chatbots to scale their Messenger Marketing efforts and grow their marketing outreach in 2021.

8. 80.5% of mobile Facebook users across the world access the app on Android. Only 14.3% use iOS. This means that while the new iOS updates are definitely something to be aware of and plan around, this shouldn’t stop businesses from continuing to use Facebook as their #1 marketing platform (or at least #2 if you’re also leveraging the power of YouTube). Speaking of the new iOS changes, Facebook’s metrics and algorithms will now work best with marketing strategies that keep their users ON their platform vs taking them to external landing pages and funnels. Hello hello, Messenger Marketing! 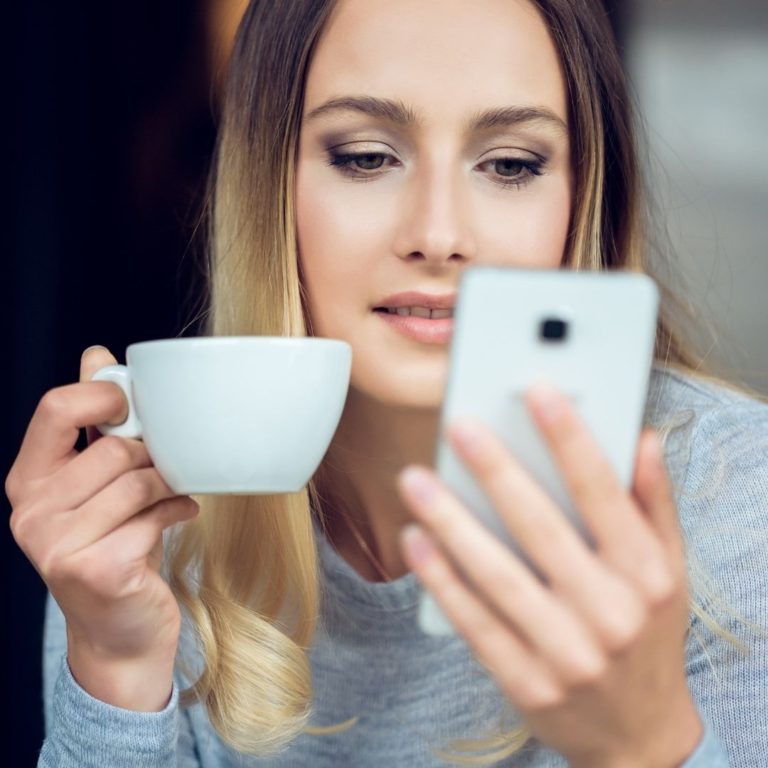 10. 18.3% of US adults made a purchase through Facebook in the last year, compared to 11.1% for Instagram and 2.9% for Pinterest. Want to leverage social media to make more sales? Focus more of your efforts on Facebook and Messenger marketing, because nothing leads to a sale faster than a conversation.

11. ⅔ of Facebook users visit a local business page at least once a week. How much money are you leaving on the table by not having a ‘Message’ button on your Facebook page, and a bot to serve more people, on a more personable level without making them wait hours or days until you can get back to them?

13. Facebook has an advertising audience of 2.14 billion, while an average Facebook user clicks on 12 ads per month. That’s one every 2.5 days, per user. This metric is weighted towards women, with women clicking on more ads per month (15) than men (10). Are your marketing stats reflecting this crazily high clickthrough rate?

14. Facebook Messenger ads can reduce cost per lead by 30x or more– when done correctly. I have personally seen cost per leads reduced from $5-7 a lead to a mere $0.62 just by switching to click to Messenger ads!

15. Using a chatbot funnel to collect leads vs a more traditional funnel can boost your conversions by 20x or more. Take a look at the graphic below to understand why, keeping in mind that these numbers are just an average and based on my own findings with service-based businesses in particular. They vary wildly based on the industry, your audience, your messaging, the quality of your marketing elements and of course, your pricing structure. That being said, Messenger Marketing has the capability of being so much more powerful than a traditional website funnel plus email marketing set up! This holds true even with the percentage of sales dropping at the very end and having to rely on a website sales page at the end of a bot funnel in order to make a sale on a digital product or service:

16. And finally, Facebook’s user acquisition is at the lowest it’s ever been, but its messaging app’s user acquisition is higher than ever, and continuing to grow in leaps and bounds. Facebook’s recent major shuffle indicates that the company is pushing its Messenger apps in its hopes to lift revenue. While it has historically made the bulk of its revenue from the Facebook app itself, its messaging apps might now be taking over. What this means for you as a business owner advertising on Facebook: the algorithm Gods will work in your favor if you keep your audience engaged on the Facebook platform itself. And what’s the #1 tool in Facebook’s suite of apps that has the highest engagement rate in the US and Canada? You guessed it- welcome to riding the fastest growing advertising wave right now: Messenger Marketing.

Do you use Chat Marketing yet? Drop us a line using the chat bubble below and let us know!

Looking for a CRM that integrates seamlessly with ManyChat, along with built-in integrations and a suite of templates at your disposal? Look no further ⤵️

DISCLAIMER: Buttr™ CRM and The Bot Girl® are not partners, affiliates or contractors of Facebook Inc. or Instagram.

Additionally, Buttr™ CRM and The Bot Girl® are NOT endorsed by Facebook or Instagram in any way.

Results are not guaranteed.

Lorem Ipsum is simply dummy text of the printing and typesetting industry. Lorem Ipsum has been the industry's standard dummy text ever since the 1500s, when an unknown printer took a galley.

Lorem Ipsum is simply dummy text of the printing and typesetting industry. Lorem Ipsum has been the industry's standard dummy text ever since the 1500s, when an unknown printer took a galley. 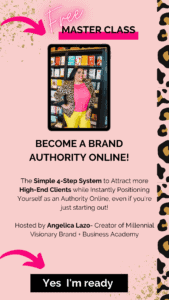 The Simple 4-Step System to Attract more High-End Clients while Instantly Positioning Yourself as an Authority Online, even if you’re just starting out!

The Simple 4-Step System to Attract more High-End Clients while Instantly Positioning Yourself as an Authority Online, even if you’re just starting out!

OUR VISION IS TO BE A COMPANY THAT INSPIRES AND TRANSFORMS EACH ONLINE BUSINESS INTO 5 ★ SIGNATURE BRAND AT A TIME GLOBALLY. 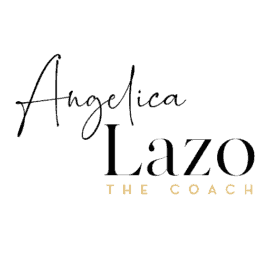 Earnings and income representations made by Angelica Lazo , and their advertisers/sponsors are aspirational statements only of your earnings’ potential. The success of Angelica Lazo, testimonials and other examples used are exceptional, non-typical results and are not intended to be and are not a guarantee that you or others will achieve the same results. Individual results will always vary and yours will depend entirely on your individual capacity, work ethic, business skills and experience, level of motivation, diligence in applying Angelica Lazo’s programs, the economy, the normal and unforeseen risks of doing business, and other factors.